Pulling together in the ropes and cables market 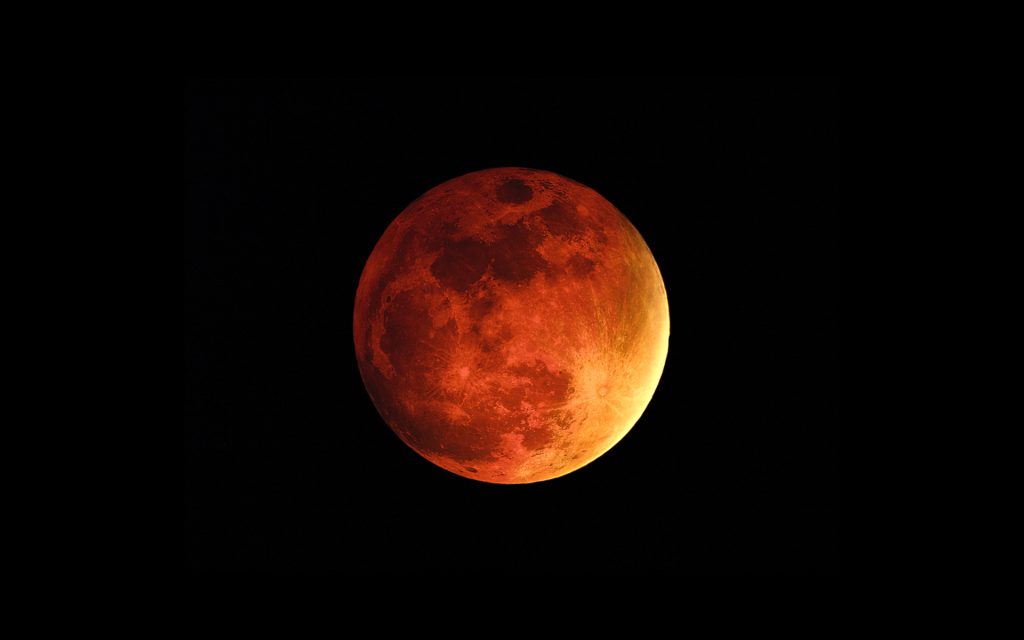 Since being founded by O. Sherman Yale in 1950, the US-based company Yale Cordage has been a  market leader for braided synthetic ropes and cables. In 1991, they started using Teijin Aramid’s Technora for its high-performance applications, and since 1999, this has been its primary para-aramid fiber of choice. Now in 2016, Yale Cordage continues to pioneer the rope and cable industry by manufacturing industry-leading products, some of which are literally out of this world.

From fishing lines to the Mars Lander

Over the past seven decades, Yale Cordage has built its place in the rope and cable market by producing meaningful innovation that delivers a better end-user experience. In 1950, company founder O. Sherman Yale used new synthetic materials, such as Nylon, together with innovative braiding techniques to manufacture rope and twined fibers for the fishing industry. With Tom Yale becoming part of the company’s management in the 1970s, Yale Cordage moved into the sailing rope industry, developing high-performance lines and rigging. In the 1990s, they began using Teijin Aramid’s Technora fiber, which allowed Yale Cordage to produce stronger ropes at a lower weight. Now in the twenty-first century, Yale Cordage has two manufacturing plants (in Maine and North Carolina), over 120 employees, and global presence that spans all seven continents. In fact, Yale Cordage’s presence is literally out of this world: in 2015, Yale Cordage was chosen as the company to manufacture the bridles for the parachute of NASA’s LDSD Mars Lander.

The journey to Mars

Since 2014, Yale Cordage has been working directly with NASA to develop the bridle that attaches the LDSD Mars Lander to its parachute. To create the custom rope, Yale Cordage combined 12 Teijin’s Technora single-braid ropes together to create a larger rope. Technora was chosen as the perfect rope ingredient for the job because of its strength-to-weight ratio combined with its impressive heat resistance, which are particularly necessary given the forces and operational parameters of this mission. The LDSD Mars Lander has so far been tested in two supersonic missions in Hawaii, and could be used on Mars as early as 2020.

“We’ve always had a strong focus on performance and quality,” says Bill Putnam, President at Yale Cordage. “In this respect, we’re a natural fit with Teijin Aramid, whose strong R&D capacity is focused on delivering innovation that adds value to the end-users of ropes and cables. We’ve been using Technora since the early 1990s, and it has been our number one aramid fiber since 1999. By using Technora, we can offer our customers radically stronger and lighter ropes, which is just what they need. Technora also has the added advantage, compared to some of its competitors, that it doesn’t require any special processing equipment. We now operate in a very wide variety of industrial fields, from producing oceanographic and mining ropes, to arborist ropes and industrial winch lines, as well as many other types of rope and cable.”

Not only has the partnership between Yale Cordage and Teijin Aramid proven fruitful in the past, it also looks promising for the future. “I would say that the outlook for our future cooperation with Teijin Aramid looks very good,” says Bill. “What we see now, as a global trend, is an increase to the use of synthetic rope, and a gradual reduction in the use of steel cables. Technora is eight times stronger than steel weight for weight, so Teijin Aramid will be an important partner for us as we leverage this global trend. We just need to keep pulling together to deliver the best possible braided ropes and cables!” 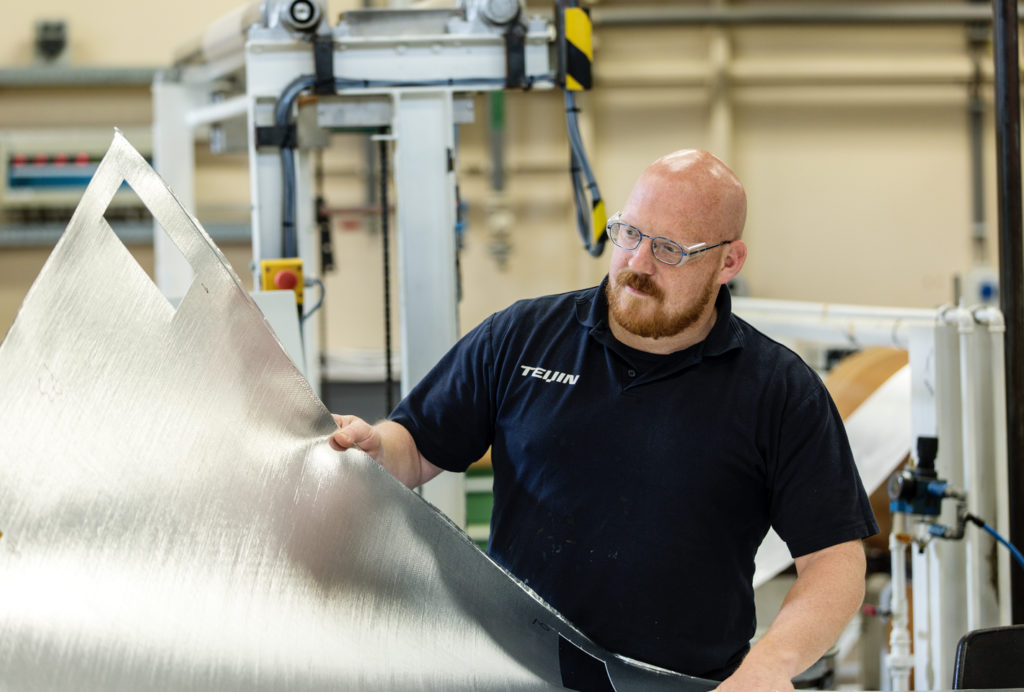 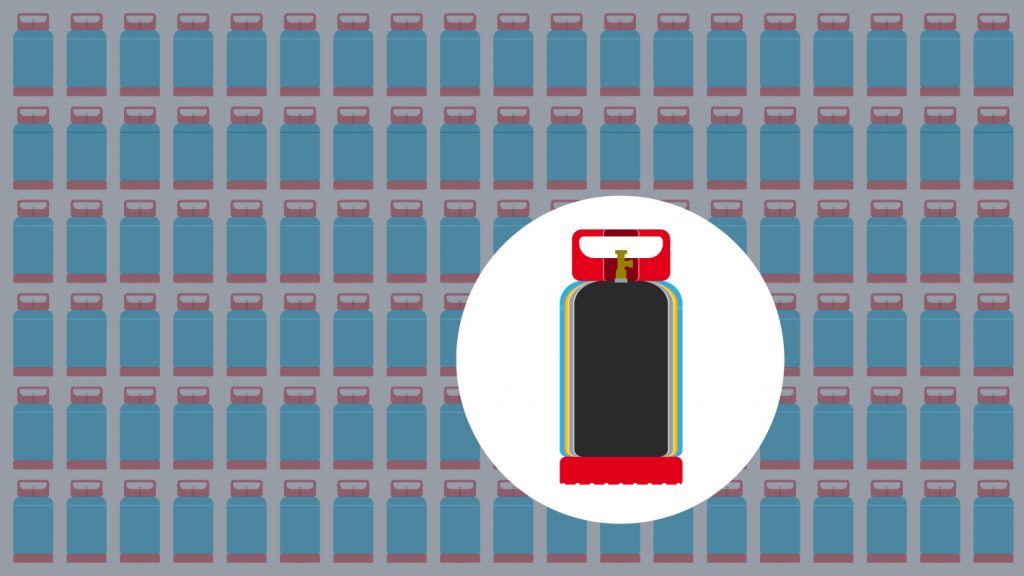 Twaron firing on all cylinders
Industrial 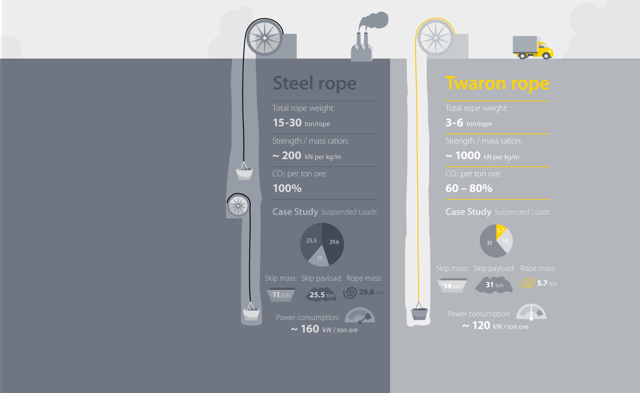